For three years, Arkansas photographers Don House and Sabine Schmidt traveled regularly to southwest Oklahoma to photograph the land and the people of the Wichita Mountains. Among the oldest but least known in North America, the mountains hold a central position in the history and lives of Apaches, Comanches, Kiowas, and other plains tribes. Fort Sill, one of the military’s largest artillery training bases, abuts the nation’s first wildlife refuge, established by President Theodore Roosevelt in 1901. The history of the Wichita Mountains area is a microcosm of the history of the whole nation and its westward expansion. Descendants of all the players in that drama still make their homes in the shadows of the mountains.

With a strong involvement in the European concept of psychogeography, Schmidt concentrated on landscape and the architecture of abandonment, using color photography as her primary tool. House turned his traditional film cameras on the people he met as he and Schmidt traveled around the region. 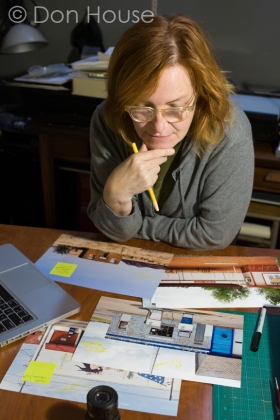 We’re Not Telling You Everything, the resulting exhibition, consists of 29 large-format photographs by Schmidt and House and broadsides of six poems by Sy Hoahwah, a member of the Comanche Nation who holds an MFA from the University of Arkansas and is the author of several books of poetry as well as the recipient of a Literature Fellowship from the National Endowment for the Arts.

The exhibition premiered in Fayetteville in November 2015. After a show in May and June 2017 at the Argenta Branch Library in North Little Rock, the works traveled to the Winthrop Rockefeller Institute on Petit Jean Mountain for an August 2017 exhibition and to the Wichita Mountains for an exhibition at Cameron University from April to July 2019.

The exhibition at the Argenta Branch Library in North Little Rock

The walkthrough video by Jordan Mears shows images from and provides background information on the project.

Venues in Arkansas can book the exhibition through the Arkansas Arts Council’s Arts on Tour program. A short video of the Fayetteville opening reception shows the art and the artists in action. Please contact Sabine Schmidt and Don House at schmidtandhouse@gmail.com for more information about the exhibition or to purchase prints of the included photos and poems. 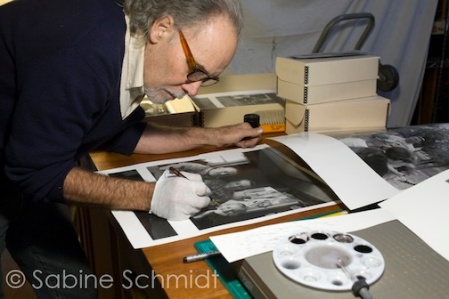 N2280 Road, Kiowa County and Blue Goose Station, two of Schmidt’s photos from the series, were juried into the 2016 Delta Exhibition at the Arkansas Arts Center in Little Rock. Blue Goose Station was also included in the 41st PhotoSpiva Annual National Photography Exhibition, which ran from March 4 until April 30, 2017. 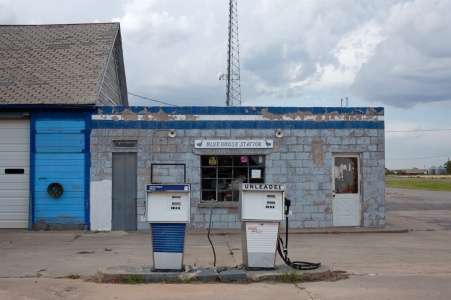 All images and content on this site are the property of Sabine Schmidt and Don House and may not be used or reproduced without permission from Schmidt and House.